It’s obvious that COVID-19 has meant that many of us have had to rethink our running programs. Many of us have also missed target races that we have trained for over weeks and months. That’s why it’s been important throughout this period to compensate for these gaps — these missing milestones — with substitute races of our own design.

Recently, a small group of KRs participated in what has been dubbed the ‘Grey Coast Marathon’: a replacement event for the Gold Coast Marathon. The name says it all. It’s an out-and-back along the m7 cyclepath, which abuts the M7 motorway. The views of grey coastline are sensational — or, at least they would be, if the views were not actually just endless sheets of concrete. To be fair, a few trees line the cycleway, and the odd frog and bird can be heard among the deafening whooshes of the 12-wheel trucks.

In the weeks before the Sunday, we had learnt of the impossibility of running the GCM in two phases. First, we discovered we could not travel to Queensland from NSW due to border closures. Regret set in. Should we have not arranged to travel up early? And then, a few days later, we realised that the GCM would not go ahead at all. The emergence of the delta variant of COVID-19 in Queensland meant that no one, not a soul, would run the event. There goes 10 weeks of training, right?

Nope. We decided that three pacers — Damon, Chris and Phil — would help three marathon debutants — Matt, Andrew, and Allen — get to that 42.2km distance for the first time. In addition, our injured runner Tom added another line to his ‘community service’ CV by helping us with drinks and motivation along the way. Great efforts. 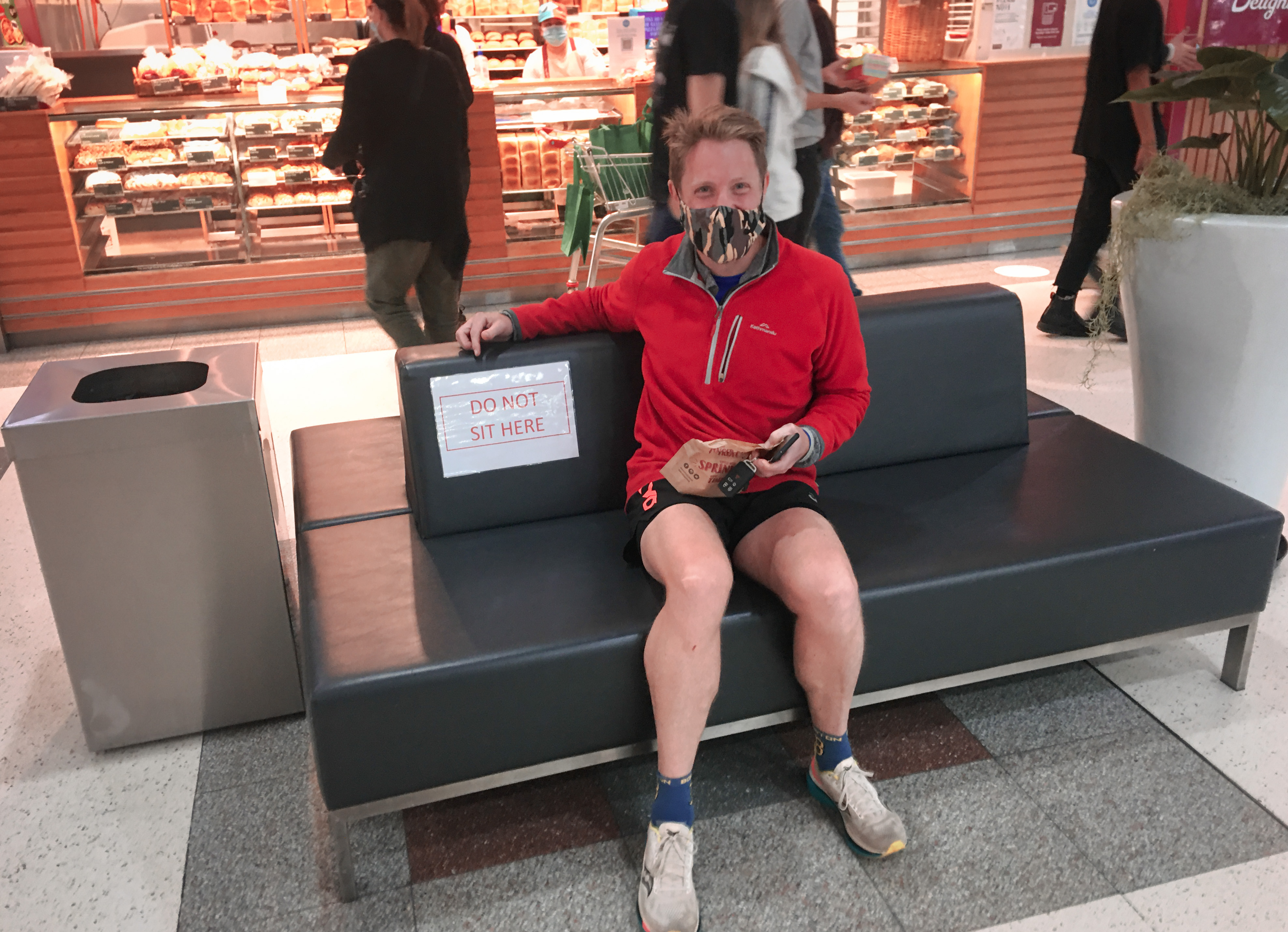 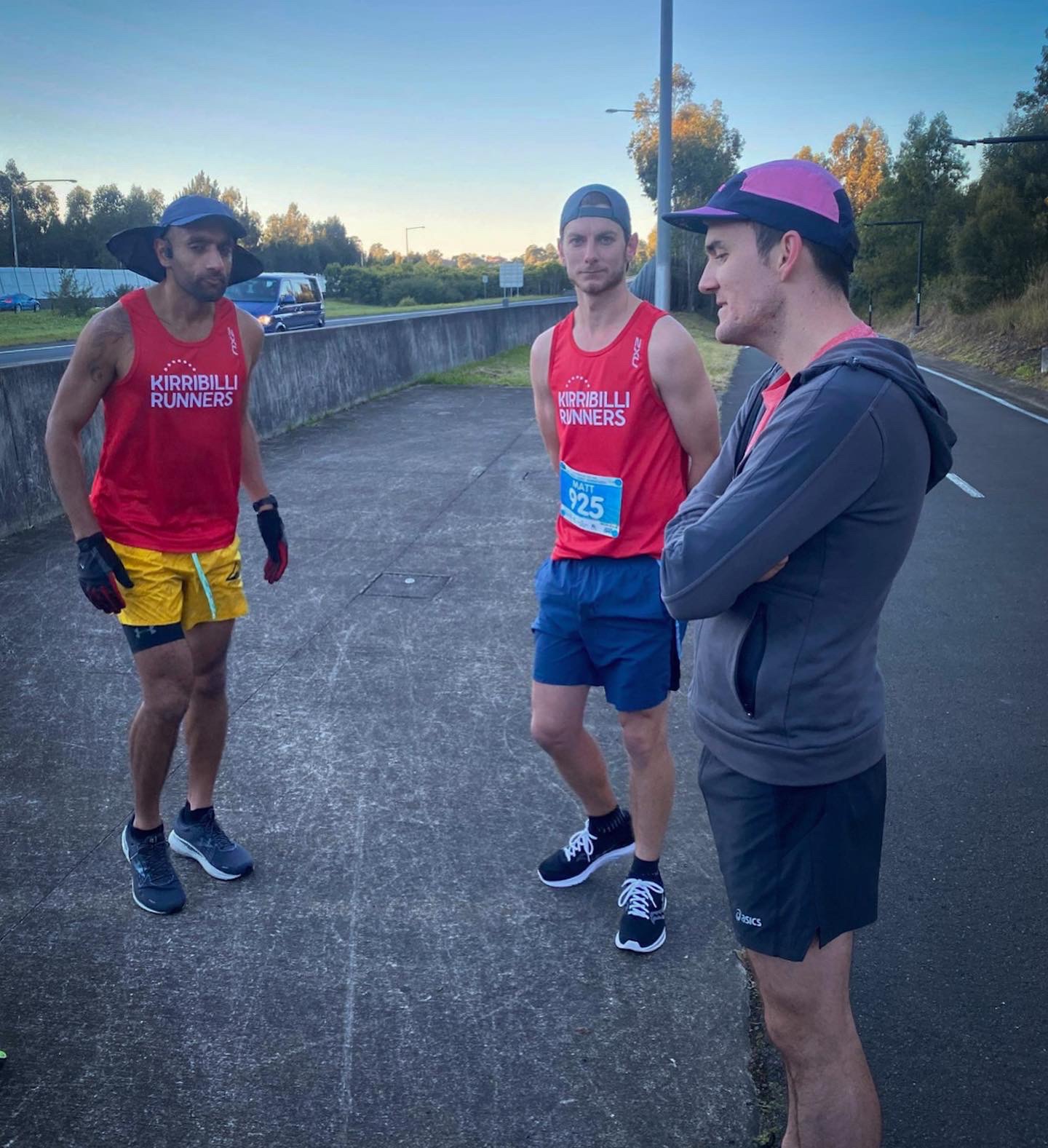 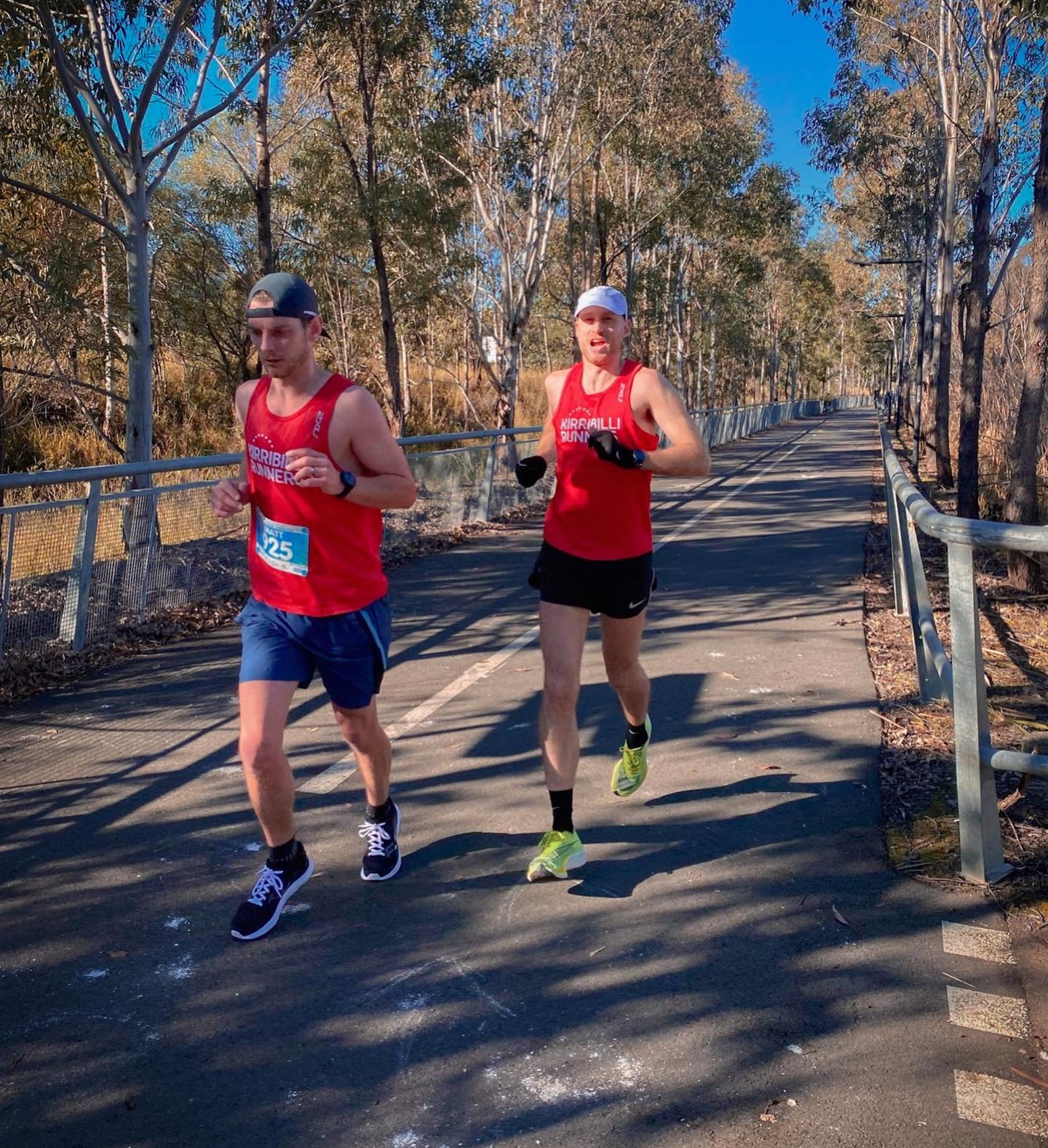 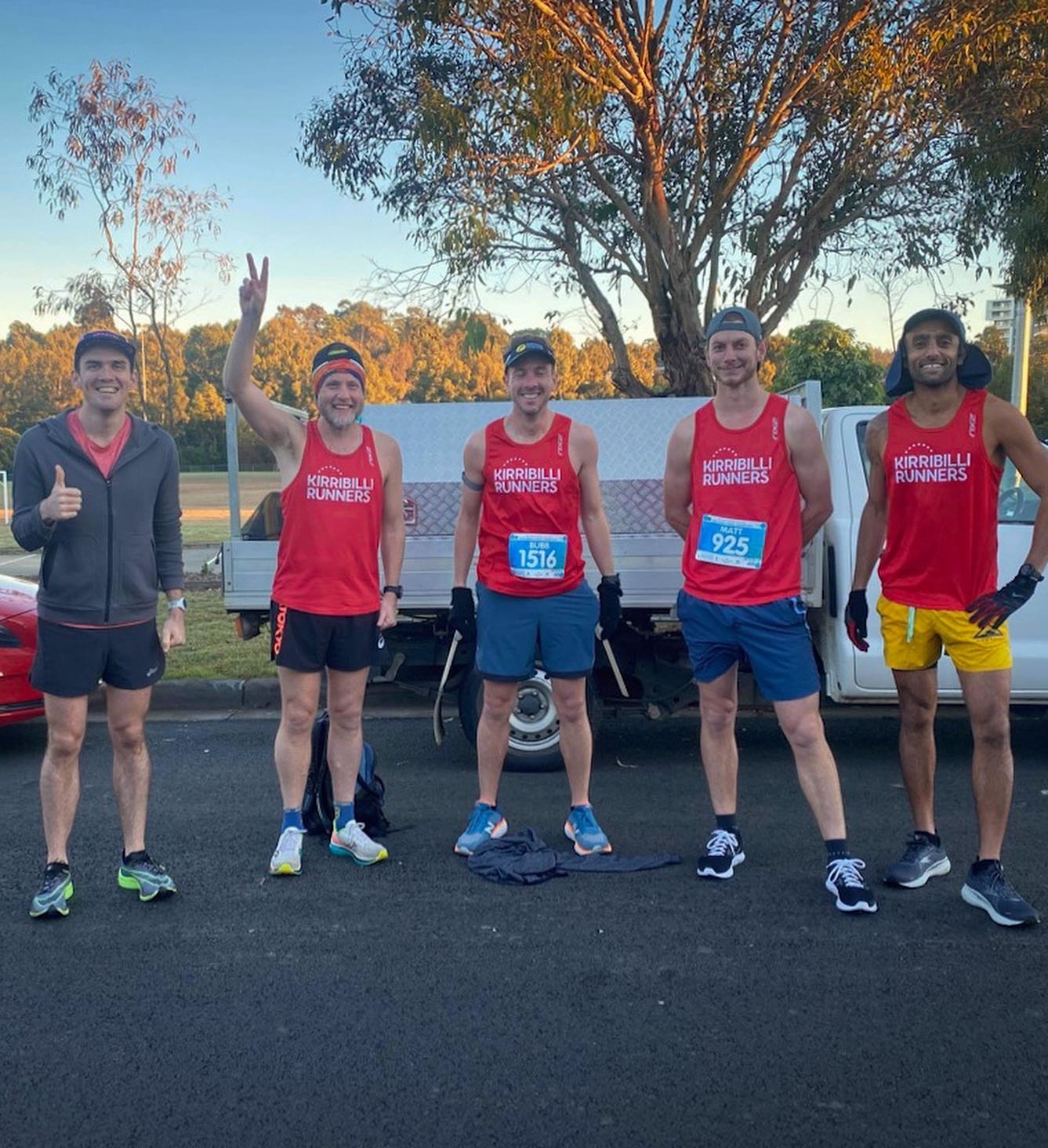 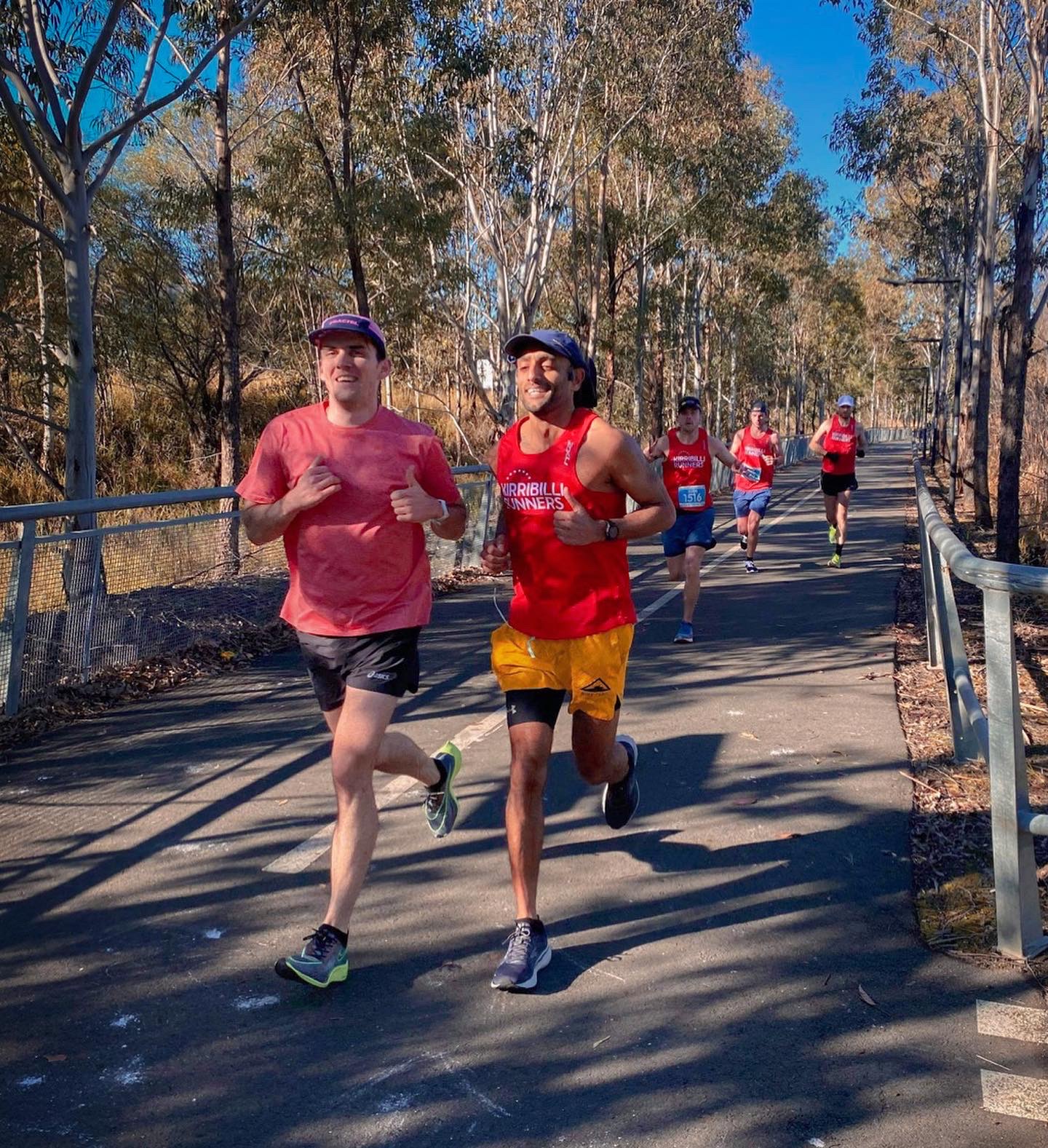 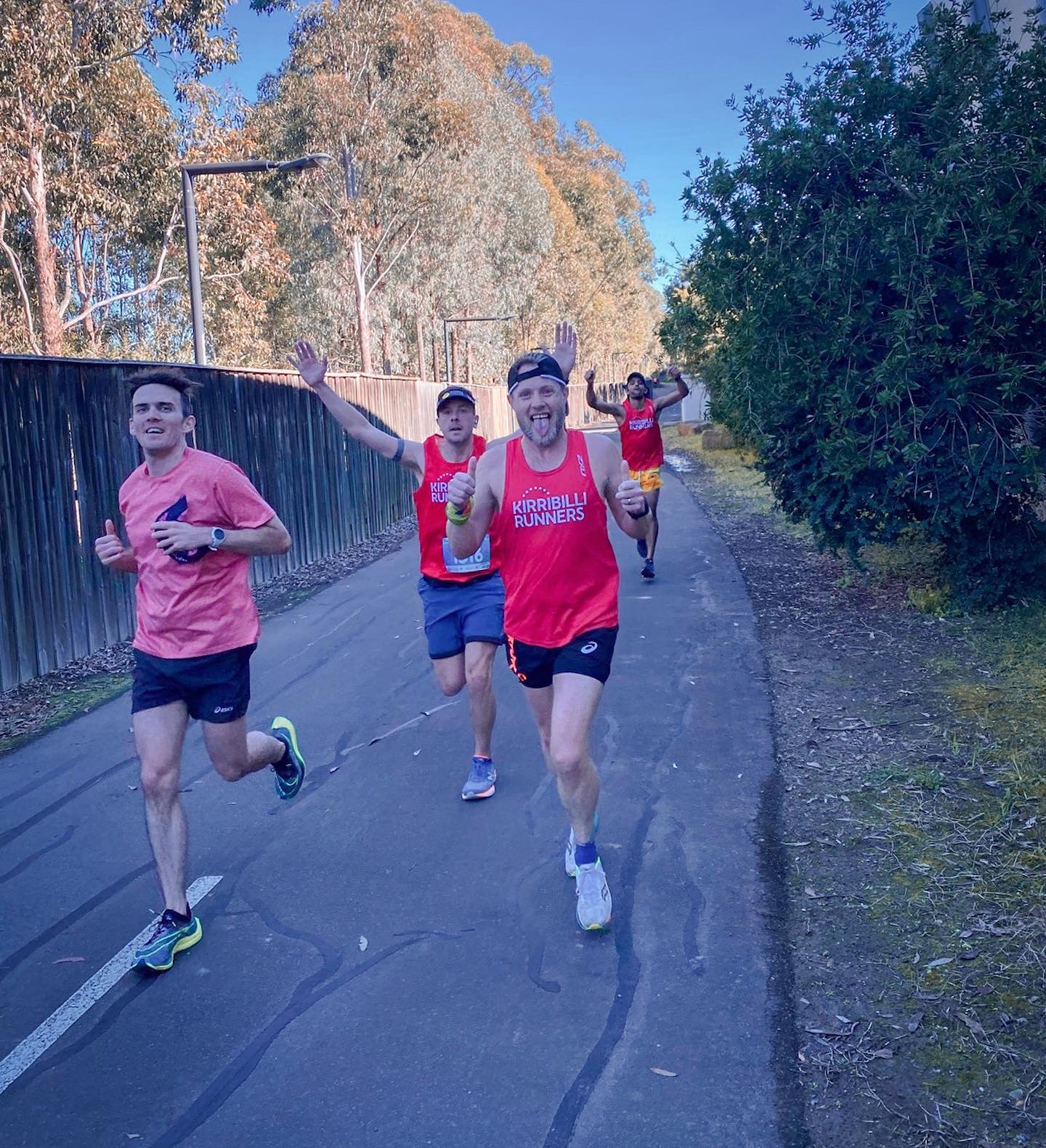 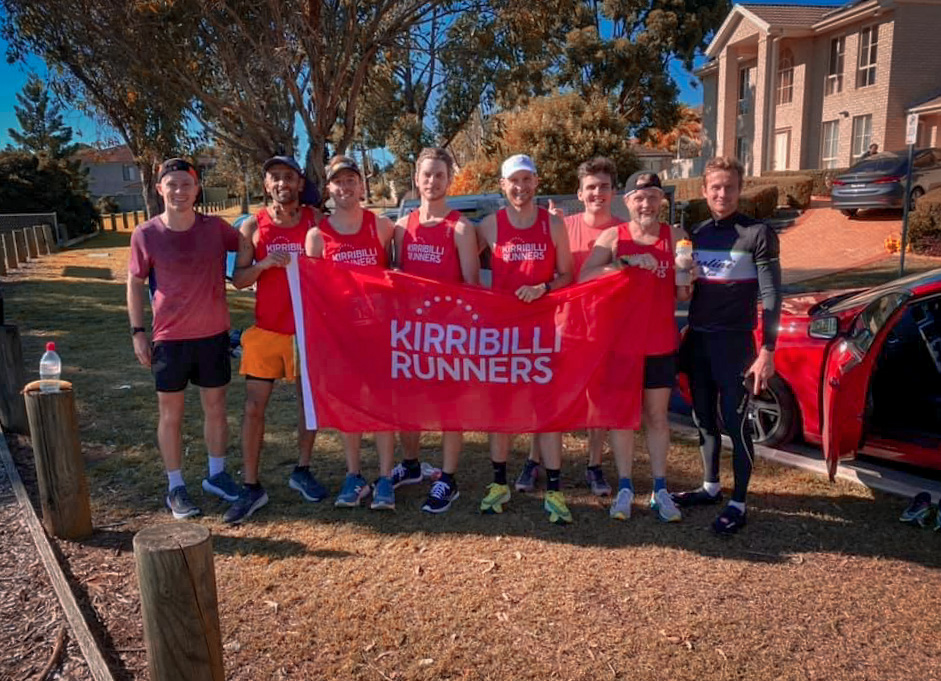 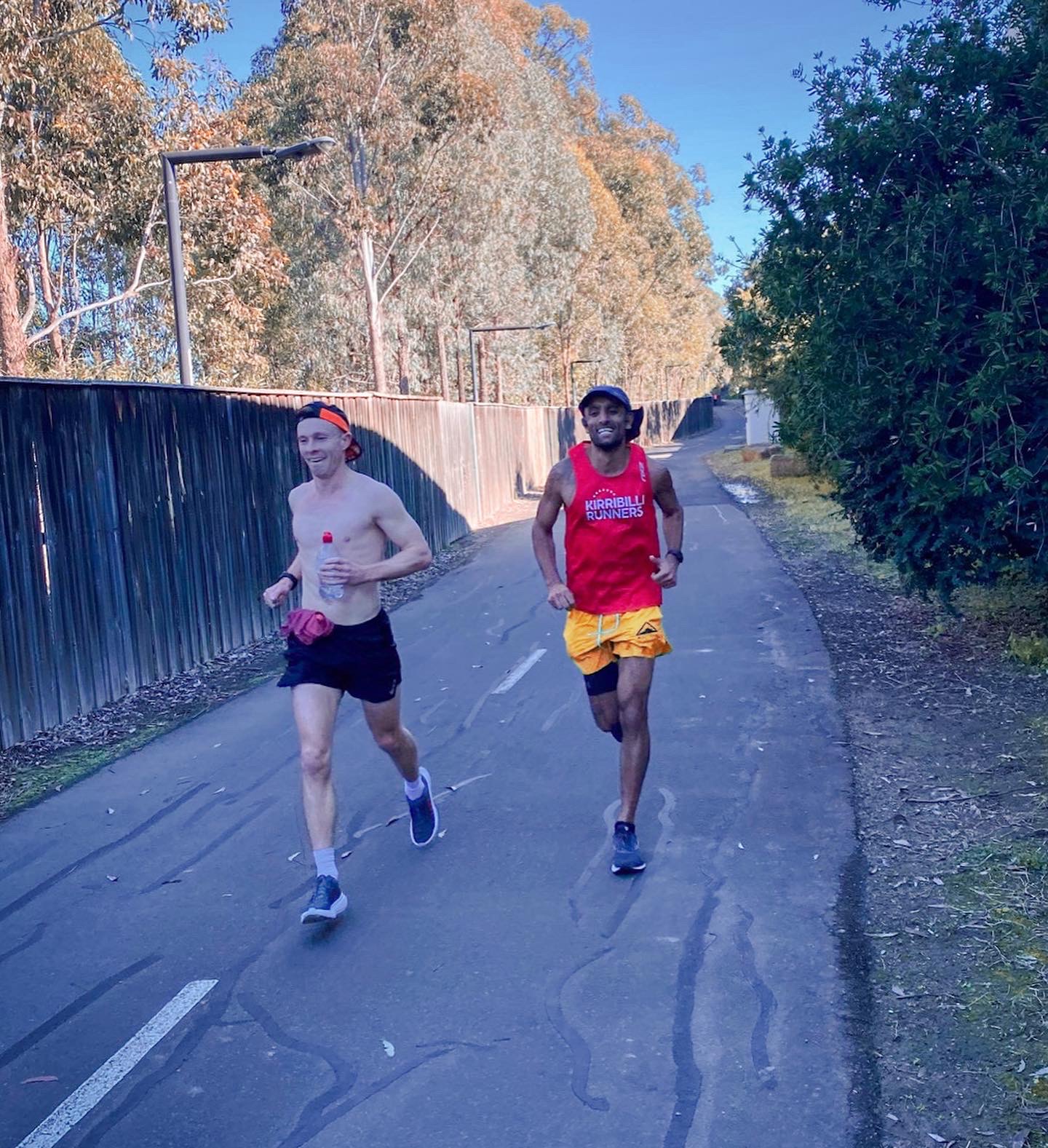 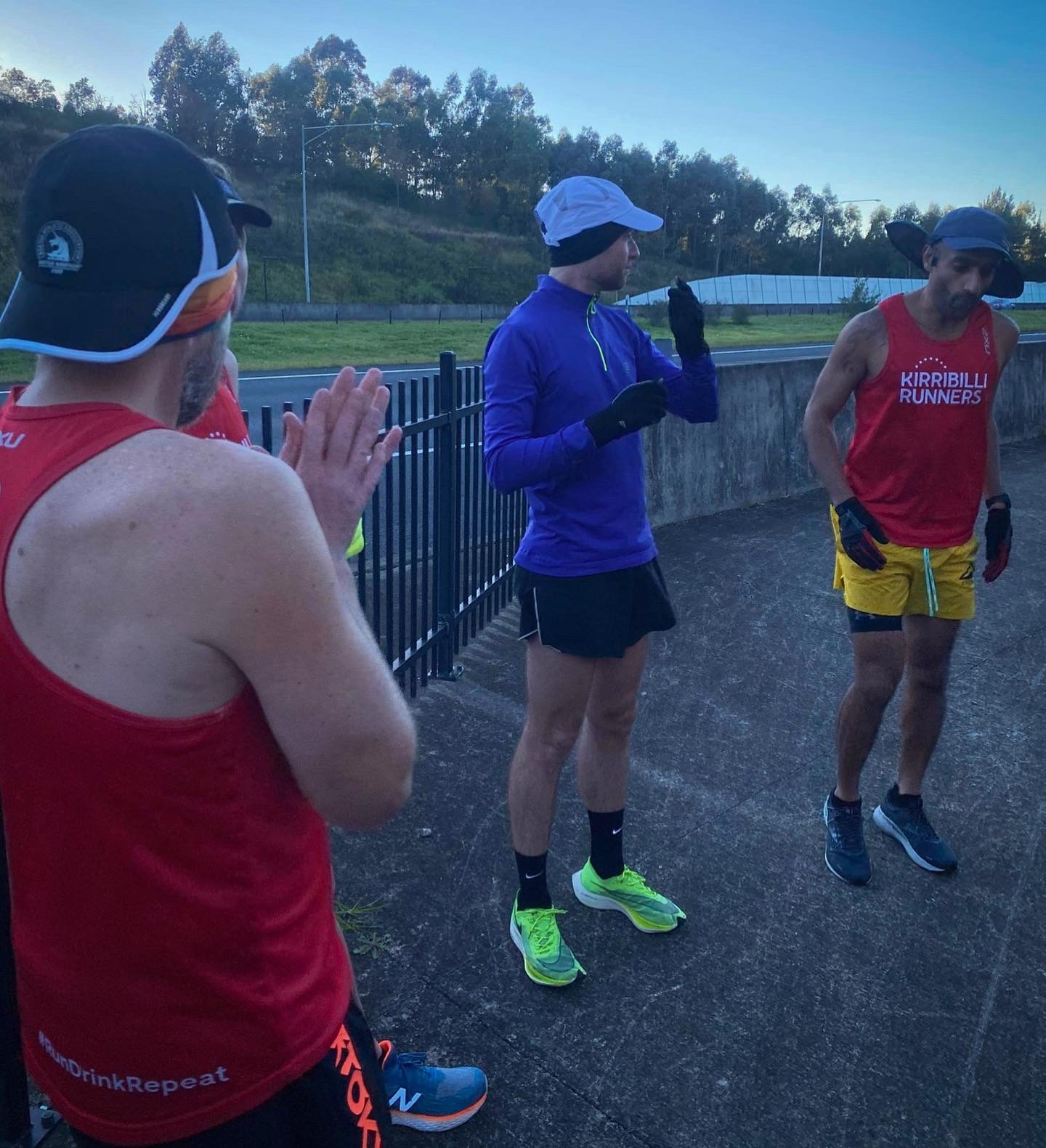